Windows on the World

The picture shows the salmon’s view of its world divided into 3 windows.  When viewed from above these form concentric circles, but the boundaries between them are not fixed or sharp.  They vary with the light and river conditions, and the transition between them is progressive.  Throughout we must remember that the salmon's eyesight is broadly monochromatic (but not black and white) and works much better than ours at low light levels.  However, that extra sensitivity, its very wide field of view and the lack of eyelids makes the salmon much less tolerant of excessive brightness.

Window 1 is the murky world of the straight ahead view through green- tinted, burgundy-coloured Scottish water, which is strewn with rocks and cluttered with debris and bubbles.  In September, if the river is high, this window is dull and lacks contrast, which declines with depth.  Maximum sunlight penetration generally occurs between 10 am and 3 pm.  Small objects may not stand out and be visible at short range when moving laterally.  Stimulation probably requires something bigger and brighter (Flying C perhaps?).

In this world of dull backgrounds and low contrast, the probability of a salmon seeing, reacting to and taking a fast-moving fly is correspondingly reduced.  A brief explanation: the salmon is lying in comparatively slow water to conserve energy, but the speed of your fly is determined by the interaction between the faster current on the surface and your floating line, even when you are using sink tips and tubes.  If you are presenting the fly deep in Window 1 then controlling the lateral speed of the fly is absolutely vital, otherwise it just flashes past her nose. 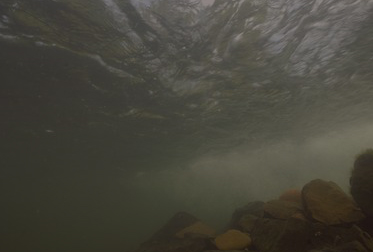 Window 2 is dominated by the silver reflective underside of the surface.  Unlike the smooth mirror reflecting the gravel bed of a calm trout stream, the turbulence and waves of the fast water of a Scottish river make the surface that the salmon sees jumbled and rapidly changing.  Viewed from below it comprises a kaleidoscope  of randomly shaped tiles, each transmitting light of differing intensity, and some none at all.  This is caused by the roughness of the surface, as every wave-slope reflects or refracts the light differently.  The proportion of light to dark tiles generally increases with the elevation of the sun, so you can expect the brightness and visibility in Window 2 to increase throughout the morning to a midday peak, albeit in September this is only about 45% of the midsummer value.  (Photo by Mark Conlin).

Beyond the brightness and elevation of the sun, the other factors affecting the salmon’s image of a fly in Window 2 are the clarity or turbidity of the water (which is related to the river’s height); the depth at which the fish is lying; and the angle of its view of the fly (the steeper the angle the clearer the image).  A fly in Window 2 is above the salmon’s horizontal sight line and so is viewed against the surface kaleidoscope, which is lighter and brighter than the Window 1 background.  This allows a salmon to detect small objects displaying lateral movement at considerable distances, even in peat coloured water.  If you can catch grey sprats in the dark winter waters of the Barents Sea, spotting a #6 Ally Shrimp in the Findhorn is relatively easy.  Conversely, intense oblique sunlight on a cloudless day may make the Window 2 surface generate bright flashes of light that might degrade the salmon's eye function.
Watching from on top of a high bank I have seen salmon react to flies in Window 2 at distances up to 6 metres in calm water that provided optimum sub-surface reflection and image quality.  However, whilst cock fish may attack a fly at that distance (see the ‘Morning Glory’ post), the more circumspect and energy saving hens appear to restrict their taking radius to a couple of metres at most.  In all cases the fly’s lateral movement appeared to play a key part in the triggering process.  The issue of fly size hinged on visibility: in clear calm conditions I saw  a #12 Ally Shrimp secure a response by an alert active fish at  5 metres, which underlines the acuity of the salmon’s vision in this zone.  But the simple fact is that we need the fish not only to react but also to take, and for hens that means putting the fly within comfortable reach in both depth and range.

Window 3 is an inverted cone around and above the salmon, described by an angle of about 45 degrees (everything beyond 48 degrees is reflected into Window 2).  For a fish lying at a depth of 4 feet/1.2 metres, the radius of Window 3 is about 5 feet/1.5 metres at the surface.  This is the brightest and clearest window in which the salmon can easily detect all objects and motion, and may therefore be most directly stimulated.  The salmon will see land-based objects in Window 3 if it is either lying close to the bank or there tall trees or other high features nearby, which may complicate its view of a fly.

There are, however, three features of Window 3 that the angler must understand.


My observations indicate that salmon may have particular optical acuity around the boundary layer between Windows 2 and 3, i.e. at an elevation around 35-55 degrees.  This angle broadly equates to the salmon’s preferred angle of attack on prey species in the sea and possibly with its parr feeding experience.  In my next post I shall combine this angle with the hen’s’ 6 feet/2 metre taking radius as the basis for a rule of thumb as to where we need to present the fly to a salmon lying at a given depth in order to optimise stimulation and the prospects of a successful take. 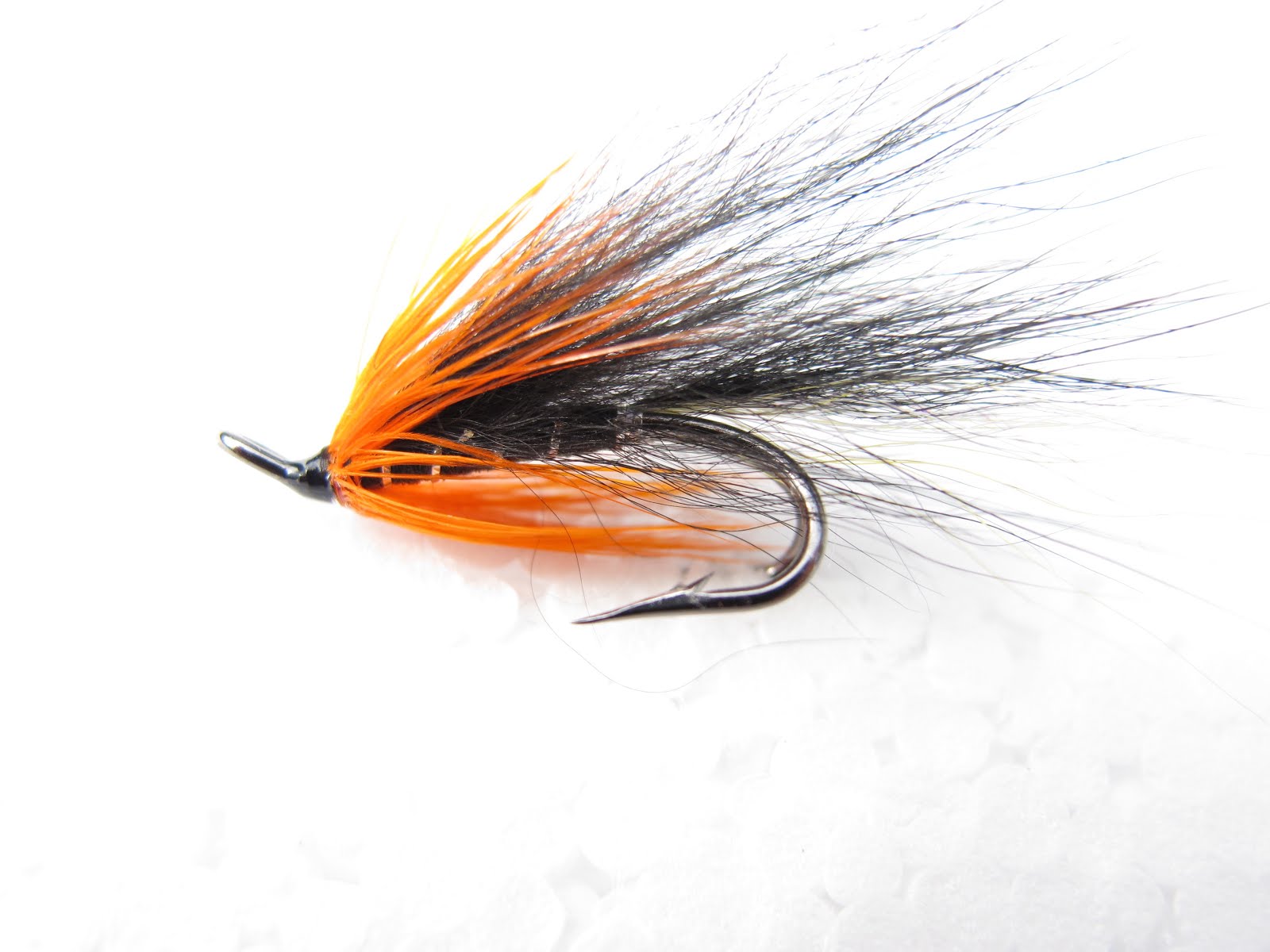 Producer of the MCX Dark Shrimp